D.3 The Durham City Traffic Survey 2015 (JACOBS, 2016) found that around 33% of vehicular traffic trips passed through Durham City and 47,000 vehicles cross Milburngate bridge every day; only 5% of vehicular trips were made wholly within the City centre. Most of the traffic is to and from locations within County Durham but there were also journeys to and from Sunderland, Newcastle and Gateshead. Using 2011 Census travel to work data (Office for National Statistics, 2011; collated via DataShine Commute)) we can total commuting journeys originating in the area and those starting outside with the work destination being in the area to get a picture of travel patterns. The majority of journeys are by car (77%), with 11% on foot, 10% by bus, 1% by bicycle and 1% by train. If we look just at journeys to work which both start and end in the area, 60% are on foot, 32% by car, 4% by bus and 4% by bicycle. 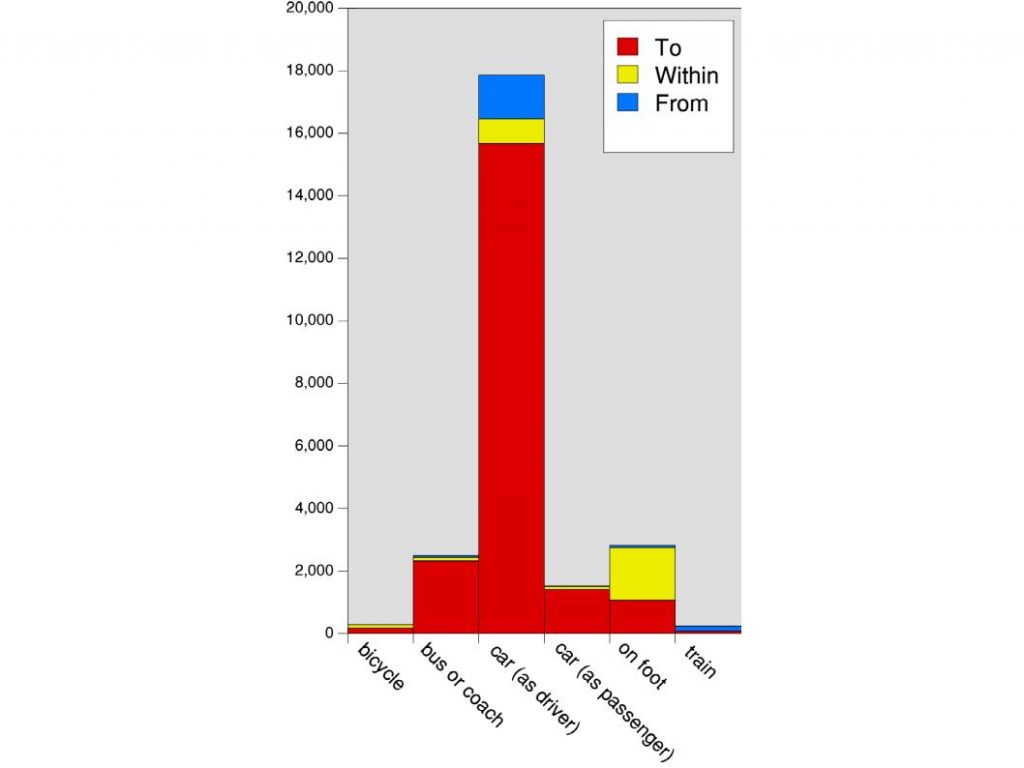 D.8 As part of the preparation of the Neighbourhood Plan, the concerns of local people regarding the walking and cycling environments were gathered through two consultation events. The findings were used as the basis for two maps, which were included in the Consultation Draft. These have been refined following the Regulation 14 consultation and are included here as Maps 9 and 10. The maps represent a snapshot of the situation at the time of publication. 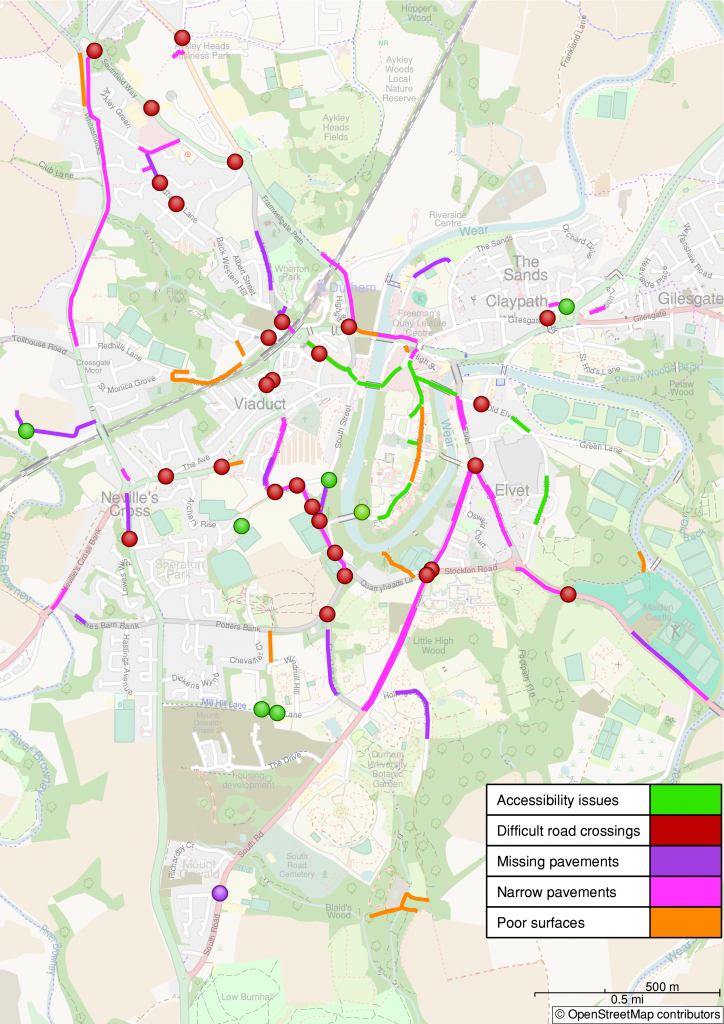 D.10 Durham railway station had over 2.5 million entries and exits in 2015/16 (Office of Rail and Road, 2016) and a 2012 study found that 45% of journeys were between Durham and Newcastle (Durham County Council, 2015b, p.52). Journeys by train can be made throughout the UK, but locally only Newcastle and Darlington are well-served owing to the closure of most railway lines in the county. Other major destinations such as Sunderland, Stockton and Middlesbrough are much easier to reach by road than by rail, as are the airports at Newcastle and Durham/Tees Valley. Reopening the Leamside line is an aspiration which would increase the local journey opportunities.

D.12 Park and Ride facilities have been developed on the northern, western and southern approaches to the City centre and operate Monday to Saturday from 7.00 am to 7.00 pm, but currently require subsidy from the County Council. In 2015 they catered for 1.1 million passengers with 1157 spaces (Durham County Council, 2015b, p.50). There is space for 11 coaches at the Sands, though this provision is currently proposed for relocation to adjacent to the Belmont Park & Ride car park. There are 5 taxi ranks (in North Road, the Railway station, Claypath slip road to Leazes Road, and slip road by Prince Bishops car park) and 2 car clubs.