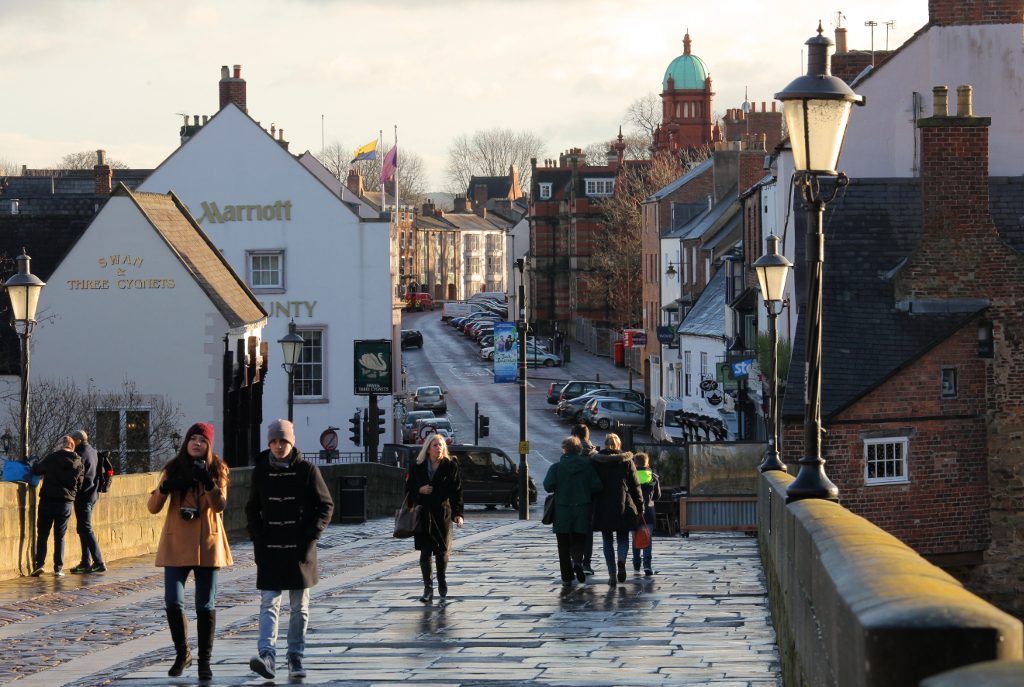 Development proposals outside the Conservation Areas will be approved only if they comply with the following requirements, in that:

4.54 Our Neighbourhood extends to the north of the City Centre as far as the suburb of North End, including County Hall and Aykley Heads; to the north-west the residential area of Whitesmocks and west of the A167 Toll House Road, Quarry House Lane and Nevilles Cross Bank leading to Stonebridge; to the south are Durham University’s Hill Colleges, Upper and Lower Mountjoy and the Botanical Gardens, and as far as the Burn Hall Conservation Area.

4.55 The characterful residential area at North End, including North and South Crescent, Fieldhouse Lane and adjoining streets, comprises a number of dwellings built in the interwar period. Architectural features such as doors, porches and windows are of local interest. Extensions are popular additions and should be well designed in keeping with the properties character and appearance. Adjacent to this suburb is Flass Vale, a hidden rural wilderness which adds charm to the area. Residential properties lining Nevilles Cross Bank cover a range of periods from late 19th century terraces to modern houses. To the west of the City and on either side of Tollhouse Road lies the site of the Battle of Nevilles Cross, 1346. The remaining stump of the original medieval cross, marking an approach to the City at Nevilles Cross, is worthy of restoration and subsequent maintenance. In the south of Our Neighbourhood are the University Hill Colleges, Lower and Upper Mountjoy and Botanic Gardens, beyond which is the natural landscape right down to the River Wear and offering space for recreation. The local character of parts of the City which lie outside the Durham City Conservation Area are predominantly residential with some green areas of scenic amenity and value. Here live many local families and older people, who cherish their neighbourhoods and care about the quality of development.